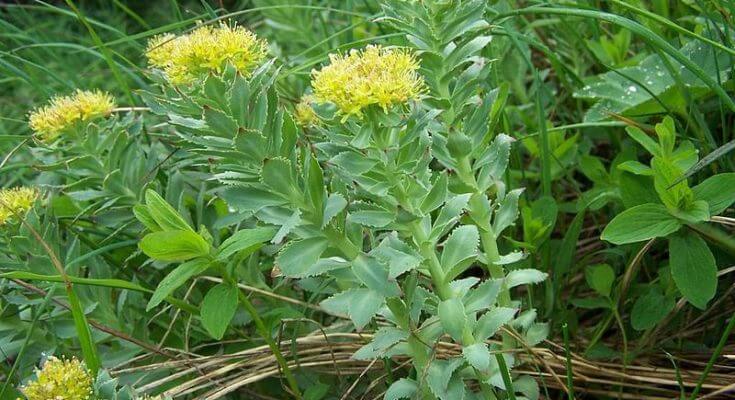 Edward Riley May 16, 2018 Featured Comments Off on Can Rhodiola Rosea Treat Stress and Anxiety?

In this article, we will talk about the benefits of Rhodiola for anxiety and stress. Anxiety can be an infuriating mental illness that can cause a feeling of intense fear, panic, nausea, and nervousness.

What is Rhodiola Rosea?

Well, it is not some fancily named antibiotic, rather it’s a vibrant yellow-green plant that is mostly referred to as a golden root or roseroot. The plant grows up to 30 inches in height and is mostly found in cold and temperate regions of Europe and Asia. There are almost various species of Rhodiola plant and each species has its own unique combination of nutrients.

It contains a number of active compounds, these bioactive compounds include organic acids, alkaloids, and flavonoids. The plant can be eaten raw, but you may not be able to ingest it as it has an extremely bitter taste. To avoid experiencing the taste, traditional Chinese medicine uses the extract of the plant, the plant can also be boiled much like kale or spinach.

What’s the connection between Rhodiola Rosea and anxiety?

Anxiety is an extreme form of nervousness, it’s a mental disease that is characterized by feelings of threat and fear. It can cause a person to feel powerless, helpless, have negative thoughts, and all these issues can eventually affect your confidence levels as well as your physical health, the same goes for panic attacks. In the United States anxiety can be the most common mental illness and affects nearly 20% of the country’s population, this means at least 40 million people.

It’s completely normal to be nervous about various events in your life, this may include payment of bills and rent. The difference between anxiety and nervousness is that anxiety can border on being irrational. The consequent feelings that come up from having irrational fears are why anxiety takes place. Rhodiola is an adaptogen herb and has been known to treat tiredness, stress, and lethargy as well as, improve a person’s attention, reaction time, and general health.

Rhodiola for anxiety supplements has also shown positive effects towards feelings of anxiety and stress. The plant has therapeutic effects on men and women who suffer from life stress symptoms. In a research study, a group of 80 individuals who suffered from stress was given 200 mg of rose supplements over a 4 week period.

The result of the experiment was that it improved the mood, productivity and also reduce lethargy in the volunteers. All this happened over the course of 1 week, no side effects or adverse reaction were reported.

In 2008, a study was conducted wherein researchers wanted to test the resulting effects of the golden root supplement on individuals who were suffering from symptoms of an anxiety disorder. They asked a number of participants to take a dose of 340 mg for 10 weeks, this time period was long enough for them to witness any kind of effects.

The only side effect that people reported were a slight case of dry mouth. The supplement has positive effects on stress and lethargy. The study was well executed and designed, by separating volunteers into various groups randomly so that they could reduce any confounding effects. This was done in a double-blind process, which means that neither the researchers nor the volunteers knew whether they were getting a supplement or a placebo, either way, this became a very effective way at increasing the reliability of the study.

To summarize, in the context of anxiety, Rhodiola for anxiety can provide an effective treatment for a person with anxiety disorder. There are a lot of studies that prove with a medium dose, the supplement can have positive effects on anxiety and stress.

Previous PostCocaine Addiction: Are You Cut Out For Doing Rehab? Next PostFemale Fertility: Factors That Affect It