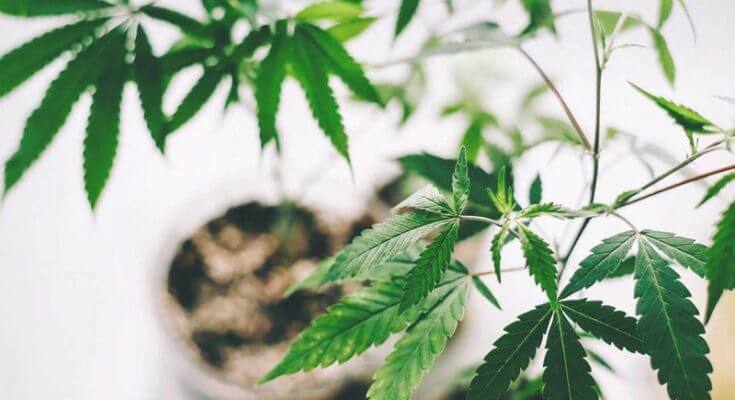 Improving your mental state with CBD

Clare Louise Mar 15, 2019 Health Comments Off on Improving your mental state with CBD

Society has not given mental health the attention that it deserves, and this perhaps explains why there is such a big mental health crisis today. Cases of depression and anxiety are on the rise, and the treatment tools that doctors have available to them are not as good as they should be.

One reason for this is a lack of research on substances which affect the brain, such as cannabis. The cannabinoids found within this remarkable plant have a major effect on the central nervous system, influencing our mood, appetite and perception of pain. While tetrahydrocannabinol (THC) is a cannabinoid that produces intense psychoactive effects and even mild visuals in some users, not all cannabis compounds are like this. In fact, cannabidiol (CBD) is in many ways the total opposite to THC, in how it affects the endocannabinoid system (ECS) in which cannabinoids function, and how it impacts anxiety, paranoia and other conditions.

In this article, we are going to show you how wholesale CBD products can be used to improve your psychological wellbeing in both the short and long-term, and why they can be preferable to selective serotonin reuptake inhibitor (SSRI) drugs, the most common type of antidepressant.

Harnessing the power of CBD oil

CBD oil is probably the CBD product that people are most familiar with, as it has been the focus of countless positive stories of doctors using it to treat children suffering from intractable epilepsy. But CBD oil can also be used to help you manage mental ailments, whether it’s cumbersome anxiety or major depressive disorder.

A dose of CBD oil under the tongue can quickly help to relieve anxious symptoms by resetting your brain, dissolving the overactivity that triggers the rapid firing of thoughts, and promoting a calmer and more tranquil state. You can use CBD with confidence, safe in the knowledge that you won’t develop a mental or physical addiction to it – the non-addictive nature of CBD has been clarified and confirmed by the World Health Organization.

Taking CBD oil wholesale for anxiety can also have a positive effect from the very first time you take it, a benefit which you cannot get from an SSRI treatment plan – these drugs tend not to kick in for two weeks or more. Anxiety causes so many problems for people because it is typically an acute condition with symptoms that come and go. CBD treats anxiety with precision, hence why it works so well. However, those who do experience anxiety all the time can find CBD equally as helpful by consuming doses at regular intervals throughout the day.

CBD can have lasting antidepressant benefits

Depression sucks all the enjoyment out of activities that you once loved to engage in, and a slump is classed as ‘major depressive disorder’ when it endures for two weeks or more. SSRI antidepressants have been given to patients since the 1980s, superseding former antidepressant drugs such as monoamine oxidase inhibitors (MAOIs).

However, some of the benefit of the SSRIs has been shown to be non-existent and the result of a placebo effect. SSRIs may not be entirely useless, with some research suggesting they facilitate neurogenesis (the growth of new brain cells), but they are far from a perfect treatment. Not to mention, side effects of SSRIs include drowsiness, restlessness, erectile dysfunction and insomnia.

CBD doesn’t just ratchet up the availability of antidepressant anandamide in the body, but it can help to repair areas of the brain which have been damaged due to inflammation. The theory of brain inflammation causing depression is a relatively new one, but it has gained considerable traction among scientists who are desperately seeking answers for depression.

Rats are used regularly to trial new antidepressant drugs, because their brains have lots of similarities to those of homo sapiens (that’s us!). Research has shown that CBD has a potent antidepressant effect, lasting one week from just a single dose. This is unprecedented, given that SSRI drugs require patients to take them daily for several weeks before they start working.

Can CBD help with psychosis and schizophrenia

Psychosis and schizophrenia are two more mental illnesses where existing treatments are failing patients. The antipsychotic effect that approved pharmaceutical drugs can have, is offset by side effects such as shakiness, constipation, libido issues and an increased risk of diabetes.

CBD is a long way off being recognized as a medication for these conditions, but the compound’s antipsychotic properties have been studied since the 1980s – the signs are optimistic.

Previous PostWhat are the different health benefits that Viagra pledges? Next PostTreating Stress & Depression with CBD