Home Health The Connection Between Mental Health and Addiction 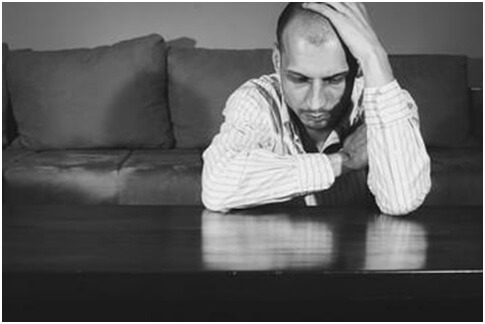 The Connection Between Mental Health and Addiction

Clare Louise Nov 16, 2017 Health Comments Off on The Connection Between Mental Health and Addiction

According to the National Bureau of Economic Research (NBER), there is a definite connection between mental health disorders and alcohol or drug addiction. In terms of the addictive substances used, the NBER has identified that patients with mental health issues are behind the consumption of 38% of alcohol, 44% of cocaine and 40% of cigarettes in the US. This illustrates the level of connection there is between mental illness and addiction and only takes into account those people receiving treatment, leaving hundreds of thousands of undiagnosed cases unaccounted for.

When people are suffering from mental health conditions and addiction at the same time, they will each display their own set of unique causes and symptoms. The relationship between the specific mental illness and addiction disease present in each case has to be accurately defined and understood in order to create the most appropriate treatment program. Addiction treatment centers commonly use what is known as a dual diagnosis to get the most accurate assessment of each patient, which is important to enable both conditions to be treated separately at the same time.

A common reason many people with mental illness start to abuse substances is to self-medicate. Whether a drug such as heroin is used to numb mental pain or alcohol to enable someone with anxiety to endure social situations, this kind of self-medicating can often lead to developing more serious addiction issues. Other examples include:

Unfortunately, there is an increasing problem of prescription drug abuse in America that has its roots in genuine medical conditions or a need for pain relief that gets out of control. Long-term mental health issues may involve medications that are ideally short-term fixes only and patients can get into difficulties if they become dependent on them.

Ultimately there are several routes to addiction and mental illness is commonly either the trigger or the consequence.

Symptoms of One Disorder Trigger the Other

The main difficulty with mental health issues and concurrent addiction is the interplay between both conditions. In some cases, mental illness is a precursor to addiction and in others, the symptoms of mental health conditions can develop as a result of prolonged substance abuse. Some addicts may find that the symptoms of mental illness become more consistent over time, lasting long after the effects of drugs or alcohol have worn off. This is a sign that a separate mental health issue has developed and it is highly recommended the individual check into an addiction treatment centers.

Some examples of addiction resulting in mental illness include:

Taking the first step towards getting help for addiction and mental health disorders is probably the most challenging. An individually created dual-diagnosis program at a rehab treatment center provides effective treatment for concurrent conditions along with the coping tools for a life in recovery. Although there is no magic cure for mental illness or addiction, the distinct advantages of specialist treatment are that patients are equipped with an arsenal of weapons to combat their issues for a healthier and happier life in the future.