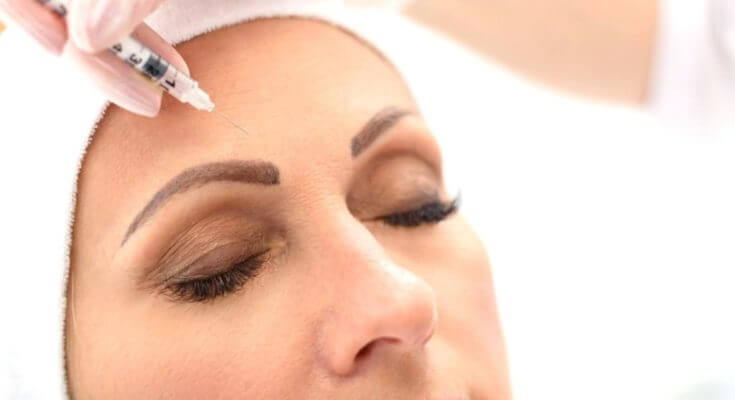 Think about this scenario: You’re sitting in your therapist’s office and at the end of your hour-long appointment, rather than jotting down a prescription for antidepressants, your therapist gives you a Botox injection and sends you on your merry way. This, very act, medical experts believe, could be the future to treating forms of depression.

In a recent study, an associate professor at the Georgetown School of Psychiatry discovered that 52 percent of the subjects who took part in the study and who suffered from moderate to severe depression ended up finding forms of relief from Botox injections, 15 percent of that 52 received a placebo, and nearly a third of those individuals went into remission.

Two other studies showed the same results. In fact, one of the studies was published in the Journal of Clinical Psychiatry, which found that Botox did in fact, help with depression, and the results continued even after the cosmetic changes started to wear off.

The associated professors who lead these studies, based their research on theories by William James and Charles Darwin that look at the facial feedback theory — the theory states that facial expressions influence mood.

For some, Botox is best

From 2009 to 2012, The Center for Disease Control and Prevention reported that 7.6 percent of individuals 12 and up had depression. The National Institute of Mental Health states that women are 70 percent more prone than men to suffer from depression.

For some individuals who have tried antidepressants, therapy, lifestyle changes and alternative treatments to no avail, Botox may be the answer. For more information on Botox and how it can help treat depression find a cosmetic doctor who specialises in cosmetic injectable treatments like Dr Ballantyne a Botox specialist from Maroochydore .

Take a look at Susan of Washington, D.C for example; she was diagnosed with seasonal affective disorder and depression many years ago. Throughout those years, she tried different antidepressants to help her condition, but she still had persistent headaches. Cognitive behavioural therapy and light therapy box only slightly corrected her symptoms. And when she was battling cancer, mediation helped, but in recent years, the depression persisted.

Six years ago, Susan read the clinical studies. After doing some research of her own, she made an appointment and, while she was reluctant at first, decided to try the treatment. Within the first week of her Botox injection, her symptoms drastically diminished.

The future of Botox treatment for depression

Depression is complex and challenging to treat. Although Botox may not be the cure-all some people are hoping for, experts believe that it very well could be the correct adjunct treatment to other forms of current therapy. There are many people who do not respond to the current therapies available to treat depression , so the fact that Botox is an option for treating depression is a blessing in disguise.